In the last century (which was in the previous millennium) when I attended Library School (before they all became iSchools),  I spent hours trying to figure out the correct Library of Congress Subject heading for women in the military.  That was not subject heading,  neither was females in the military (or any of the separate services).  I can not remember how I stumbled across the magic subject heading of United States–Department of Defense–Women. Once I learned that magic combination, I could then find information about the Army, Navy, Air Force, and Marines.

Today it’s much easier to type the keywords in women and the military.

For those of you who feel nostalgic or are old enough to remember the card catalog, read 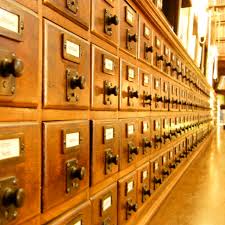 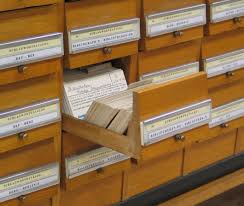 about the not-so good old days.

6 thoughts on “Reblog: Card Tricks–Decline and Fall of the Old Card Catalog”

This is a text widget. The Text Widget allows you to add text or HTML to your sidebar. You can use a text widget to display text, links, images, HTML, or a combination of these. Edit them in the Widget section of the Customizer.
Loading Comments...
Comment
×
%d bloggers like this: