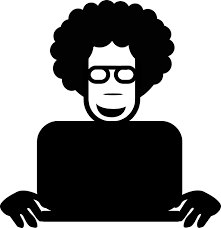 Computer jokes for the computer whizzes and for those not so technically inclined.

Whoever said that the definition of insanity was doing the same thing over and over again and expecting a different result has obviously never had to reboot a computer.

What is the most commonly told lie in the universe?
“I have read and agree to the Terms and Conditions.”

It will always annoy me that product designers at Apple failed to call their phone chargers ‘Apple Juice’.

Thanks to autocorrect, one in five children will be getting a visit from Satan this Christmas.

Why did the computer arrive at work late?
It had a hard drive.

I was scrolling through Facebook in church. The usher walked past and whispered, “You’d better be texting Jesus.”

The best part about naming your children is you don’t have to add four numbers and three capital letters to make sure the name is available.

While waiting at a bus station on a chilly winter morning, the woman beside me mentioned that she made a lot of mistakes when trying to send texts in the cold.

I nodded knowingly, “Yes, it’s an early sign of typothermia.”

A computer science student was studying under a tree when another student pulled up on a flashy new bike.
“Wow, where did you get that bike?” asked the first student.
“While I was studying outside, a beautiful girl on her bike pulled up next to me,” he explained. “She took off all her clothes and told me,

‘You can have whatever you like’.”
The first student replied, “Good choice! The clothes probably wouldn’t have fitted you.”

How many programmers does it take to change a lightbulb?
None. That’s a hardware problem.

The oldest computer can be tracked back to Adam and Eve. It was an Apple, but had very limited memory space, just one byte. Then everything crashed.

18 thoughts on “Computer Jokes for the Non-technically Inclined”

This is a text widget. The Text Widget allows you to add text or HTML to your sidebar. You can use a text widget to display text, links, images, HTML, or a combination of these. Edit them in the Widget section of the Customizer.
%d bloggers like this: