How many of you have ever heard of the Flying Tigers?  Before the US entered WWII following the attack on Pearl Harbor, 7 December 1941, volunteer pilots were flying in China against the Japanese.

A one-year contract to live and work in China, flying, repairing and making airplanes. Pay is as much as $13,700 a month with 30 days off a year. Housing is included and you’ll get an extra $550 a month for food. On top of that, there’s an extra $9,000 for every Japanese airplane you destroy — no limit.
That’s the deal — in inflation-adjusted 2020 dollars — that a few hundred Americans took in 1941 to become the heroes, and some would even say the saviors, of China. 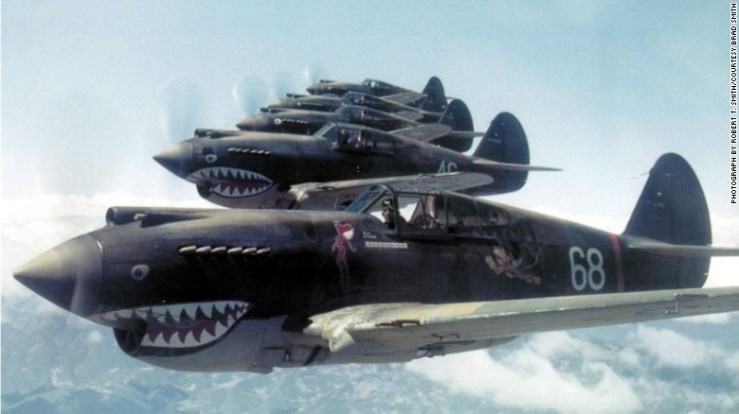 9 thoughts on “Reblog: Flying Tigers-Flew Against the Japanese from China”

This is a text widget. The Text Widget allows you to add text or HTML to your sidebar. You can use a text widget to display text, links, images, HTML, or a combination of these. Edit them in the Widget section of the Customizer.
%d bloggers like this: