Charlie Brown may not have been the original goat, but he came to personify it. 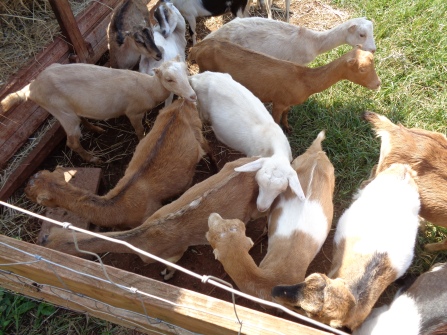 This type of Goat has even made it into Survivor lexicology.

During every season of Survivor, there will come the point when players and fans begin discussing which of the remaining players are “goats.” The goat refers to a player with a highly unlikely chance of winning; whom if taken to the Final Tribal Council should be easily beatable due to the way they played the game or treated the members of the jury. It has become such a repeated term that it is now cemented in the lexicon of Survivor;

According to GOAT| Know Your Meme:
G.O.A.T, is an acronym for the expression “greatest of all time,” which is commonly used in sports when referring to players who are widely considered the most talented. Online, It is often used on sites like reddit and 4chan when referring to someone who is believed to be the best at a certain skill.

On September 12th, 2000, rapper LL Cool J released his eighth studio album G.O.A.T. (Greatest Of All Time). The album was a commercial success, reaching the number one position on the U.S. Billboard 200 chart.[1]